Why DON’T You Have Confidence With Women? Why Is It SO Important? HOW Can You Get It?! (Hint: SCIENCE) 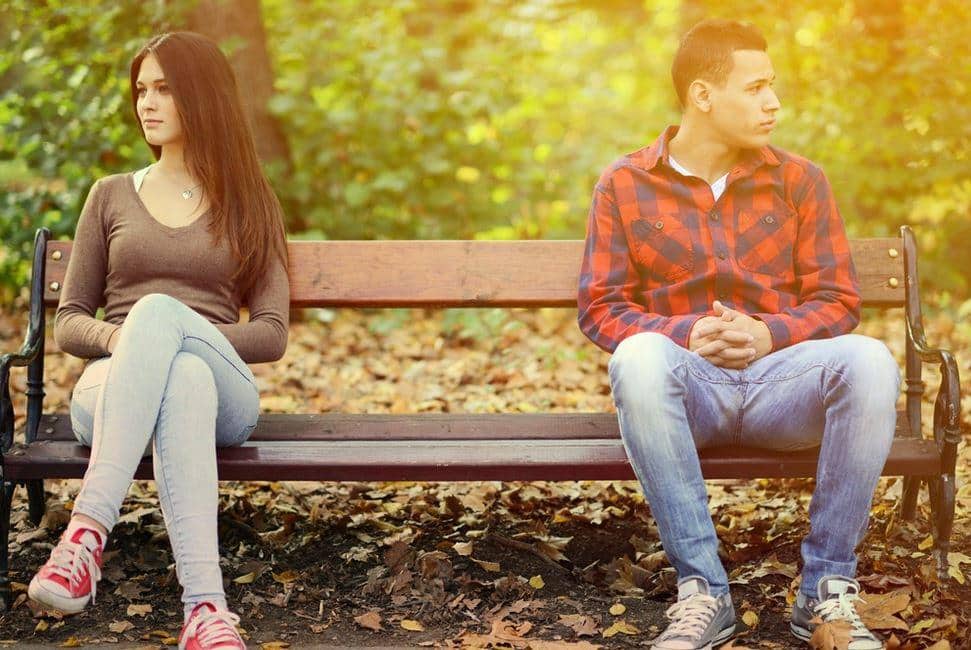 ESPECIALLY, hot ones who look just your type, appear to have their act together, and fit the “I could take her back to Mom” mould.

You know, the “dream girl” type.

She seems like a keeper, so you’d think you’d get EXCITED to go chat her up to find out if she’s as cool as she seems. But, that isn’t often what happens.

You get scared. You freeze.

So, you start making excuses not to talk to her:

As you’re walking out, you begin to feel an inkling in your stomach. With each step further away from her it builds more in your gut. It starts to rise up through your chest,like a weight moving, and rests itself on your shoulders. Your start to slouch and you hang your head. You feel like there are an extra hundred pounds on your back. What is this feeling?

You REGRET not having the courage to go for what you truly wanted. You’re disappointed in yourself for not taking a chance.

So, you start talking negatively to yourself: “Why didn’t you talk to her, you pussy?!”

Mentally, you beat yourself up, “You’re such a failure – you can’t even talk to a fucking girl!”

Maybe, you do it all day. Maybe, even for the next couple days.

Each time you think back on it, you hang your head in shame.

You try to ignore it but you can’t. A feeling of worthlessness starts to creep in.

“I don’t deserve to have a woman like her. I’ll never be good enough for her”.

The worst part is this hurts your confidence for the next time you want to talk to an attractive woman.

You tell yourself, “I’ll approach her next time…”

Until it happens again.

I know… from experience I can tell you, “regret is truly worse than rejection”.

It held me back for a long time. I used to make all kinds of excuses to myself or friends to NOT go chat to exciting new women because I was afraid of flaming out, embarassing myself, and shattering my ego/image I had built up of myself. Then, when I did and it went well, I often wouldn’t call the girls because I was too afraid of failing then.

I understand this fear and have been crippled by it before.

It took some time and experience but over the last 10 years, I’ve chatted up THOUSANDS of women in all kinds of situations. From this, I know it takes A LOT of balls to go up to a random woman, especially with other people around, and risk embarrassing yourself in front of everyone. I’ve talked to, been friends with, and gone out with guys who had this fear LITERALLY stop them in their tracks.

I still feel it sometimes too.

It can be so strong that some guys literally CAN’T bring themselves to go talk to her.

If you’re stopped by this fear, I have good news for you…

This Fear Is Normal

Every guy experiences it.

It isn’t even your fault.

This fear comes from the oldest, primal, “lizard” part of our brain called the Amygdala, which is responsible for the fight / flight / freeze response. This emotional response is almost uncontrollable.

The Amydala gets stimulated when approaching attractive women because, this fear kept us from making the potentially fatal mistake hundreds of thousands of years ago, when our brains developed, of going for the Alpha male’s girl which might have resulted in him clubbing our head in or dropping a massive rock on it while we slept.

Even worse, humans are pack animals, which is why we build societies, so our tribe could have ostracized us for this and we would have ended up dying a slow death left to our own devices on the African savannas.

It was some real life or death shit.

Thankfully, we don’t have to worry about this anymore because our cultures have evolved quickly but our evolutionary wiring hasn’t. So, our brains still protect us with this unnecessary, outdated, and irrational fear.

Why Is Confidence SO Important To Women?

“As humans, we are constantly looking for winners.

Winner: n. Victor; a person likely to be successful.

We like to have winners on our team. We like to be associated with winners. We like to be led by winners. Whether we like it or not, in the first few seconds of an interaction, we are trying to decide if the person we are speaking with looks more like a winner or a loser.”

Obviously, everyone wants to be on the winning team –  quality women included. Displaying confidence says to her, ‘I am a winner. You will be safe with me’.

I can imagine that you’d like to have a woman who can make your life better like this. Obviously, she wants a man that can too.

Also, science has even proven that confidence ranks right up there in sexual preference with wealth and physical attractiveness:

“Women preferred mates who were higher in income, education, self–confidence,intelligence, dominance, and social position than themselves.”

Acting with confidence is one of the ways you can immediately show her that you are a winner and not a loser.

Acting with confidence is one of the quickest and most subliminal ways to make her immediately think, “I wanna get with the hero” rather than “I wanna ditch the zero”.

Acting with confidence, especially in the first few moments of an interaction, makes you seem like someone that everyone wants to be around.

How Do You Get Confidence With Women?

The same way you get confidence doing anything:  Experience.

“I used to be completely terrified of heights, but the more you do something, the easier it gets. It’s simple human nature.”

– James Kingston, world famous freerunner and parkour expert in this interview with The Telegraph

Competence = Confidence. If you know you’re good at something, then you feel confident doing it.

But, does gaining that skill then mean you won’t ever be afraid anymore?  Here’s James again:

“When you’re that high up crazy things happen in your mind. I’ve done thousands of somersaults but I had to wait for five minutes and get rid of the negative thoughts before doing the flip”.

He faces that fear EVERY time he does freerunning. Just because he’s been successful before doesn’t mean he’s never afraid anymore. Nothing in life in permanent (except for taxes, AMIR?)

“There are many times in life when your brain restricts you… I just had to get control over my body and my brain. In a way, beating the instincts of my brain is what I live for.”

And, that’s how you overcome your fear of talking to your potential dream woman:

“Get control of your body and brain and beat your instincts”.

But, how can you do that if:

I got you, fam. I know those feelings, too.

That’s why I created this FREE Confidence With Women Boosting Audio –  which is professionally made and SCIENTIFICALLY PROVEN to help you boost your confidence and lower your anxiety with women so that you can start creating an amazing relationship with your potential dream woman… even if you don’t see why she would want anything to do with you!

Listen to your FREE professionally
made, confidence with women   boosting training audio, and you’ll:

Have Her See You As "The Guy She WANTS To Meet"

Feel Worthy and Deserving Of Even THE BEST Women

Just by listening to your state-of-the-art, professionally made, “brain training” audio!